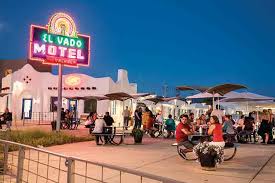 28. Trucking Along Route 66
The Keeley Institute