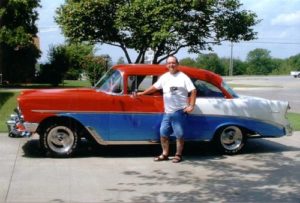 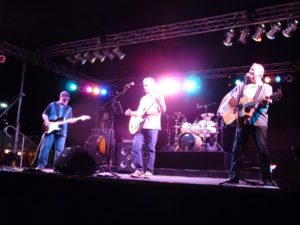 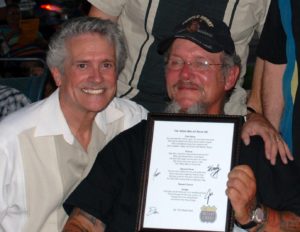 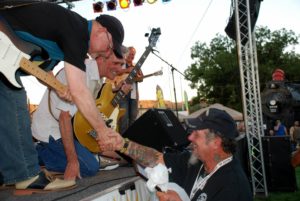 Are you a dedicated fan of Route 66?  What makes you think so?  Do you have tons of Route 66 memorobilia in your home?  A wide assortment of Route 66 t-shirts?  Something special that screams out Route 66 on your car?

Join host Anthony Arno on The Route 66 Podcast as he interviews the ultimate Route 66 fan, Ron Jones.  Ron has over 150 tattoos on his body dedicated to Route 66.

Ron will tell the many stories about his tattoos, including a very special one that honors the work of Laurel Kane of Afton Station.

The Burma-Shave Story with Clinton B. Odell

In this episode of The Route 66 Podcast, Anthony Arno interviews Clinton B. Odell, grandson of the founder of Burma-Shave. This episode begins with over twenty Burma-Shave jingles professionally recorded to give the listener a brief background of some of the earliest jingles, the most humorous, those promoting road safety, and even those that were released during the war years to unite the country.

Mr. Odell talks about the creation of the Burma-Shave company, which was originally created as a liniment product for burn victims.  When the founder switched products in 1925 to brushless shaving cream, he gave his son $200 to create a marketing campaign.  The result was the Burma-Shave rhyming campaign.

Clinton M. Odell (center), son of Burma-Vita Co. founder Robert Odell, succeeded his father as the company’s president. His two sons Leonard (left) and Allan (right), both became managers of Burma-Vita. Allan, who was in charge of marketing, came up with the concept of advertising Burma-Shave on small roadside signs. 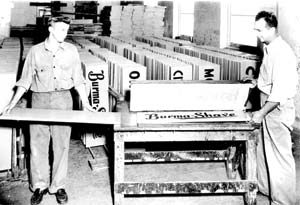 Clinton B. Odell (left), a fourth generation Odell to work for Burma-Shave, in the sign shop in 1951. He had just graduated from Edina High School. 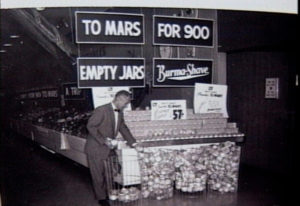 Arlyss French, a grocery store owner in Wisconsin enlists the help of his customers to bring in empty Burma-Shave jars to send him to Mars as promised by the campaign.  French did collect 900 jars and Burma-Shave sent him to Moers, Germany. 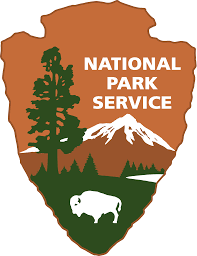 Administered by the National Park Service, the Route 66 Corridor Preservation Program is the federal governments program to preserve and educate the public all about historic Route 66.

Join host Anthony Arno as he talks with the Program Manager for the Route 66 Corridor Preservation Program, Kaisa Barthuli, as she tells all about her responsibilities managing the program.  Kaisa will also talk about background with the National Park Service, what a typical week is like in her office, some of the memorable grants that have been awarded to preserve Route 66, and the number one reason why most grants are rejected.

According to Dick Clark, they’re the creators of Surf Music.  George Tomsco, founder of The Fireballs, talks about his groups early history, playing up  and down Route 66, and a recent instrumental song he wrote paying tribute to The Mother Road. 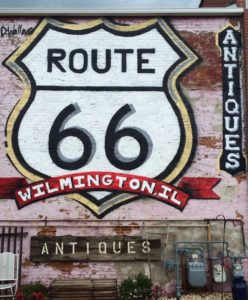 Dylan Wallace is a high school student from Wilmington, Illinois, who recently painted a mural on the side of a local antique shop. Join me as I talk with Dylan, who represents the younger generation of Route 66 historians who has a deep passion for Route 66 and understanding of why it’s important to preserve the rich history of the highway. 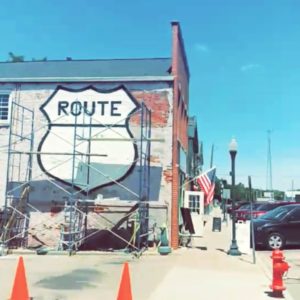 Selecting who I wanted to feature as my very first guest on The Route 66 Podcast was really very simple.  He’s the biggest advocate of Route 66, with the release of his 1990 book simply titled, Route 66: The Mother Road.

When the creators of Toy Story wanted to create a movie about Route 66, they called upon Michael Wallis.  In this very special episode of The Route 66 Podcast, Michael talks about taking the creative team from Pixar on a Route 66 road trip.  He talks about all the characters that they met on Route 66 and how they eventually morphed into the cast of Cars.  In fact, Michael even became the voice of Sheriff in the CARS film. 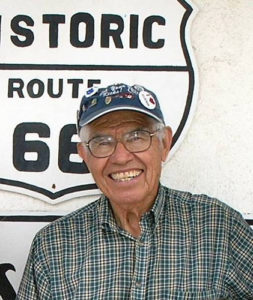 The Guardian of Route 66, Angel Delgadillo,  from Seligman, AZ is a true Route 66 icon.   At almost 90 years old, Angel talks about his earliest memories of growing up along Route 66 and his efforts to establish the very first Route 66 Association.

During my talk with Angel, he talks about his earliest memories of Route 66, the reason why his parents unpacked the truck minutes before leaving for the promise of California, his daily encounters with tourists all over the world visiting his shop in Seligman, and why Route 66 is so important to him.

At the very end of the show, Angel’s daughter, Clarissa, shares her own personal thoughts on what makes her dad so very special.

What happens almost 20 years after a New Jersey school teacher attracts national attention by having his students successfully bicycle over 2000 miles in the classroom aboard an exercise bike while learning all about Route66 with the school’s only computer connected to the Internet?  The Route 66 Podcast!

Listen to this very first episode of The Route 66 Podcast to hear all about the program and a little bit about Anthony Arno, a 5th Grade teacher from New Jersey with a passion for The Mother Road.

Anthony Arno successfully bicycled across America as a college student with the support of Calvin Klein while drawing attention towards the plight of cancer patients.  After college, Arno worked as a social worker with disabled adults.

Arno began his teaching career in Brooklyn at P.S. 238 and has received many awards and grants, including presenting at the NJEA Conference, participating in an Earthwatch Sierra-Nevada study of the endangered spotted owl, NASA’s Space Camp, and visiting Japan as a Fulbright Memorial Fund recipient in 2003.

In the 1990’s Arno used the schools only computer connected to the Internet to learn about historic Route 66 while his students bicycled 2000 miles aboard an exercise bicycle in the back of the classroom. During the year long teaching journey students corresponded with people living and working along the famed highway, including Chicago Mayor Daley and the songwriter who wrote the famous tune for Nat King Cole in 1946.

You can learn more about The Chris Cerrone Show here: http://www.cerroneshow.com

This is an example of a WordPress post, you could edit this to put information about yourself or your site so readers know where you are coming from. You can create as many posts as you like in order to share with your readers what is on your mind.

The Chris Cerrone Show is a top ranked business podcast specifically for entrepreneurs, and anyone looking to make a change in their life.

Chris interviews the movers and shakers in their field bringing you a fresh new show 3 times per week.

You can learn more about The Chris Cerrone Show here: http://www.cerroneshow.com