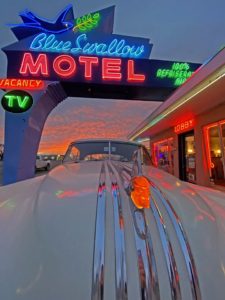 Named by Smithsonian Magazine as “the last, best and friendliest of the old-time motels”, The Blue Swallow Motel has caught the attention of everyone from Pixar films to Bob Dylan.   Featured in the classic movie Cars, The Blue Swallow’s neon is a wink in the movie to The Cozy Cone Motel, which displays in neon, “100% Refrigerated Air” slogan.

Join The Route 66 Podcast host Anthony Arno as he talks with Kevin Mueller about maintaining and operating one of the most popular destinations along the Road.  The episode features talks about 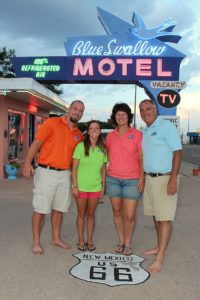 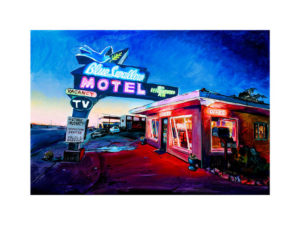 The Keeley Institute
The Blue Whale