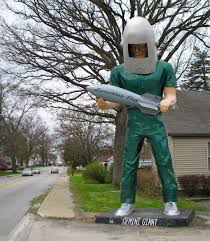 The original Launching Pad Restaurant opened in 1960 by John Korelc under a different name, and while attending the National Restaurant Convention, Korelc paid $3500 for a fiberglass Muffler Man to draw attention to his restaurant. Korelc had his newly purchased fiberglass giant updated to keep in line with the 1960’s space race as an astronaut with helmet and rocket, and renamed the restaurant, as the “Launching Pad”. There was a naming contest and the fiberglass giant soon became known as The Gemini Giant which has always been a popular photo opp for many traveling through Wilmington, just 60 miles out of Chicago.

In 2007, the Launching Pad was purchased from Jerry and Sharon Gatties, the owners at the time, by Morey Szczecin, but, after a struggle, the landmark closed again in 2010. In October 2017, it was purchased by Holly Barker and Tully Garrett, who announced plans to restore it “to what it was in its glory days,” with the Gemini Giant remaining as a recognized Route 66 landmark.

Both the Launching Pad and the Gemini Giant were inducted into the Illinois Route 66 Hall of Fame in 2000. 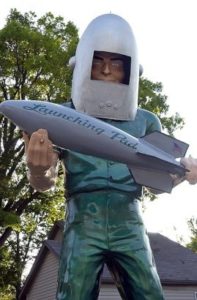 Highlights of my talk with Holly include: 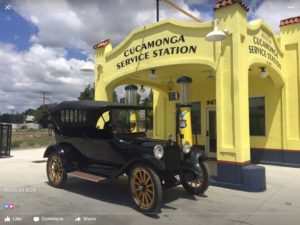 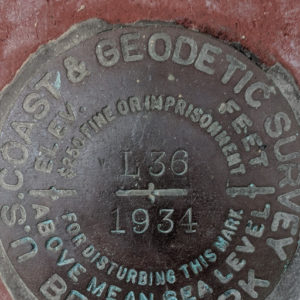 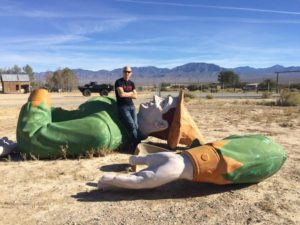