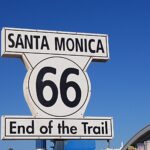 END OF ROUTE 66: The Santa Monica Pier with Dan Rice

Dan Rice operates one of the most famous Route 66 souvenir shops along Route 66, located on The Santa Monica Pier.  Dan is a past president of the California Route 66 Association and was instrumental in placing the famous End of the Trail sign on the Santa Monica Pier.   This is the final episode in a 3 part series featuring The Beginning, The Middle, and The End of Route 66. 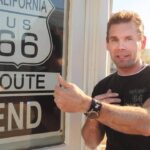 Join host Anthony Arno as he talks with Dan about: 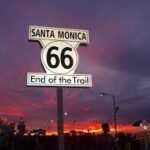 Where does Route 66 actually end?

Please consider supporting both The Route 66 Podcast and Scholarship Program through Patreon.  This episodes Patreon supporters will have access to an additional 25 minutes of conversation with Dan, including Dan discussing:

Congratulations to this months Patreon winner, Kristin Haackenson ,  from Washington, who has won a bag of Route 66 brand Santa Monica flavored snack mix. 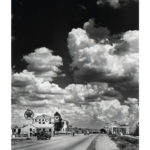